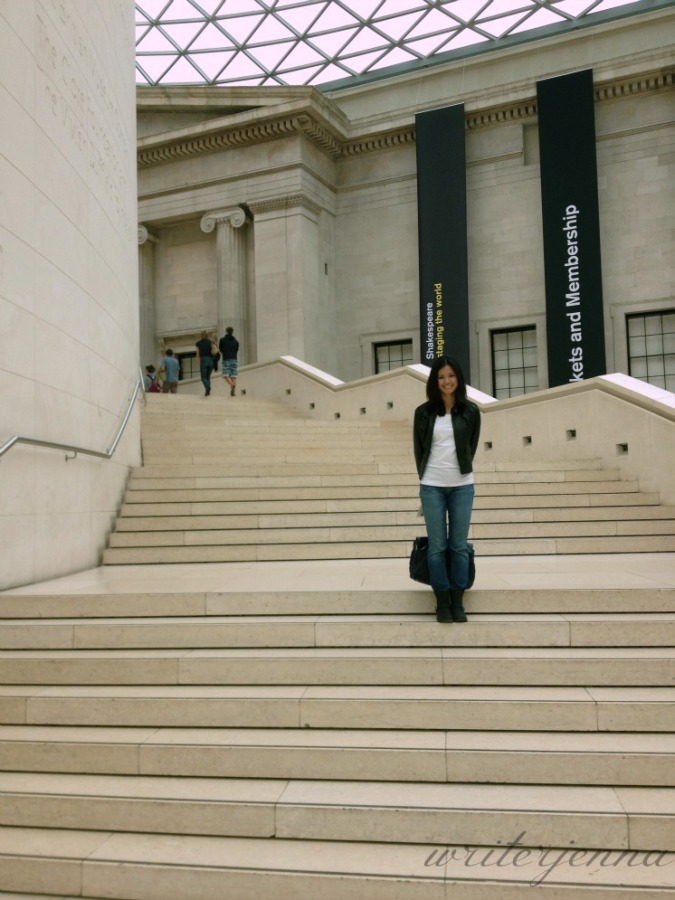 Decapitated people right this way…
One of the highlights of my trip to London last summer was my visit to The British Museum. I’m the kind of person who gets museum-ed out easily and I’m glad I saved room for this one.

The interior of The British Museum is a stunning space. Spacious and bright, it’s no wonder so many people stick around to chill out at a table near the café.

No visit to TBM would be complete without a viewing of the famous Rosetta Stone.

…Can’t say the same for the Asian tourists who posed for photos in front of it with double-peace signs.

I couldn’t help but think that, as awesome as this museum is, these exhibits are reminders that the British imperialists were ruthless plunderers of those bygone civilizations.

But one must appreciate that those artifacts are now housed safely and maintained inside TBM and not passed around via Sotheby’s auctions. 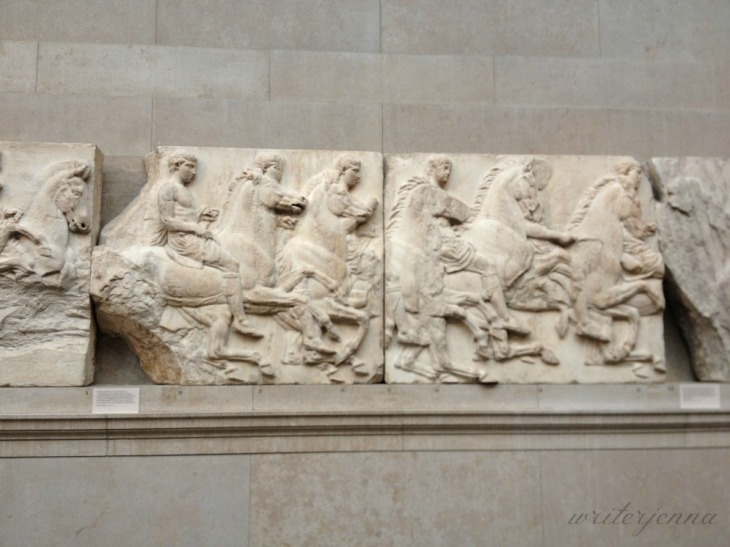 Another thought that struck me as a little sad was seeing all of these decapitated and mutilated statues. Once upon a time, they were stunning and maybe even inspiring, but today, they are headless, hand-less, nose-less, leg-less, foot-less and wing-less.

It was kind of sad.

Even with their missing parts, they are no less marvelous. See that amazing workmanship? How artisans manage to get that kind of detail and precision from marble, I do not understand. 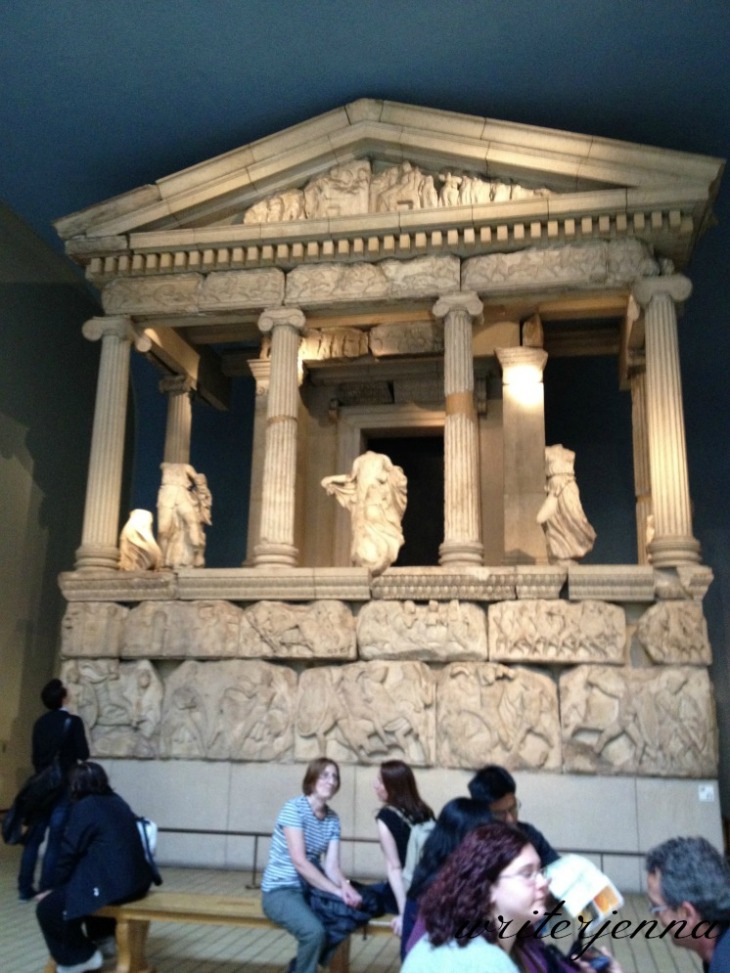 But enough of the Romans.

One of my college chemistry professors loves collecting chess sets, so when I saw these, I thought of him.

Such detail! Such creativity!

Way too funny for a chess game!

Back in the day, this contraption (a time-keeper) was considered cutting-edge.

No longer cutting-edge, it is still beautiful. Somebody somewhere in some time devised this and had no idea that it would be as stunning hundreds of years later.

The crowds of tourists were a little stifling, but this place is worth a visit… a very early-morning one. 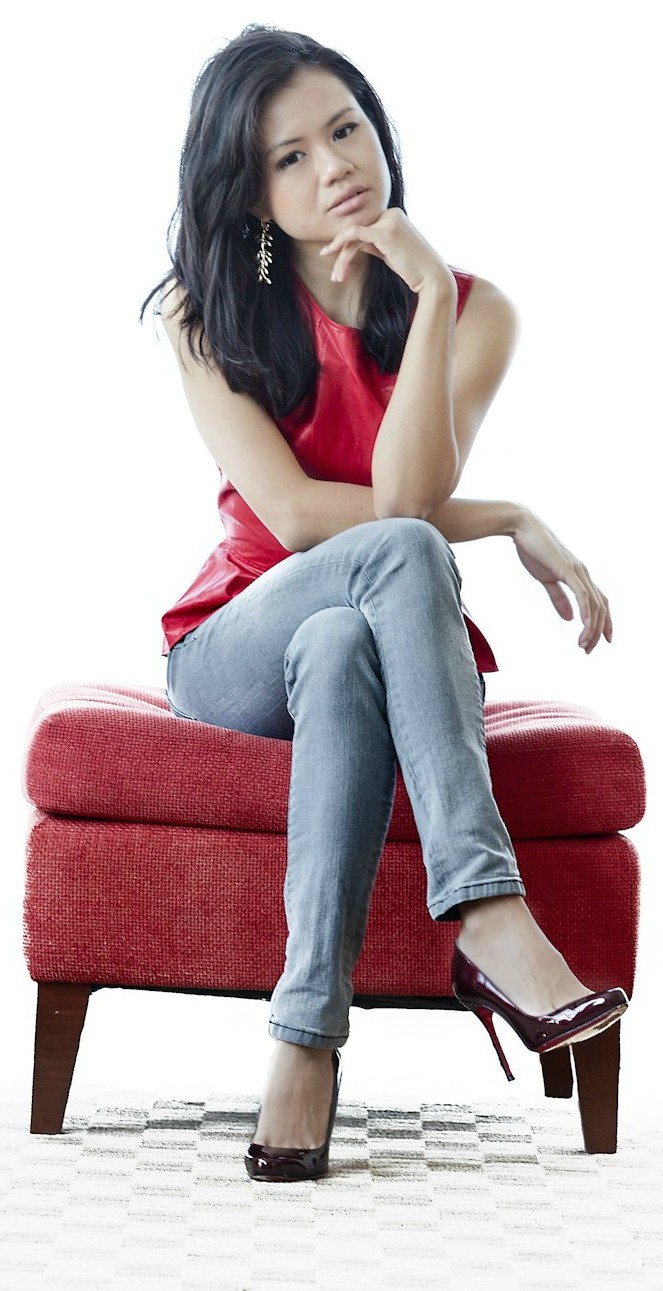